The Arbutus Folk School mission is to enrich lives and build community through joyful, hands-on learning with master artisans.

We are a 501(c)3 non-profit based in Olympia, Washington. We are working to

Depending on the subject, our classes will vary in length, number of students and cost.  Some classes may be taught in a single session or some may meet several times a week for several months.

Arbutus Folk School is a vital heart of Pacific Northwest craft and community.

Our core program areas at this time are:

In addition to our core program areas, we periodically offer other classes such as lettepress, papermaking, leatherworking and more.

The school was first conceived by Stacey Waterman-Hoey in the late summer of 2012 after attending the a fiddle festival. Stacey was impressed by the number of people who cared about a wide range of traditional music cultures and craft and fell in love with the broad cross-section of people who engage in sharing this knowledge. Stacey began to envision the potential for craft and cultural education to lead a shift toward local, sustainable, empowering economic development. Craft, cultural knowledge and celebrations have served community and individual social, economic, and environmental needs for millennia.

With the support and encouragement of her husband, Stacey left a career of 18 years in energy and climate policy to focus on developing the school. She spent the fall of 2012 researching folk schools, writing a vision document, estimating a cash flow analysis, researching business structures and building this website.

In January of 2013, Stacey began reaching out to others to form the founding board who would turn the concept into reality. Very quickly, she met many others who were interested and had a variety of skills to contribute to the effort. The school was founded in May of 2013.

June of 2014: Arbutus received our certificate from the IRS that we have been classified as a tax-exempt 501(c)3 non-profit.

Public support is critical for us to fulfill our mission and to continue expanding access to arts and culture for all. Click here to donate!

In the media: “Arbutus Folk School director is working on expansion even as pandemic limits offerings” (The Olympian, 3/10/21)

What is a folk school?

The Folk School Alliance has an excellent overview of folk school at this site: http://folkschoolalliance.org/a-brief-history-of-folk-schools/

The American folk school (or “People’s School”) tradition began in the early 1900’s in Southern Appalachia.  The Olive Dame Campbell founded the John C. Campbell Folk School in Brasstown, North Carolina in 1925.  This was was the first to bring the concept over from Denmark.  In Denmark, these “schools for life” were founded in the early 1800s by education philosopher Nikokaj Grundvig, and helped transform the countryside into a vibrant, creative force.  Campbell hoped that in the Appalachian region, “the quality of life could be improved by education, and in turn, wanted to preserve and share with the rest of the world the wonderful crafts, techniques and tools that mountain people used in every day life.”

The Danish Folk School model has existed for over 200 years and is still a vibrant and popular part of Scandinavian life.

Over time, folk schools have been founded in many parts of the United States.  Many have been around for decades.

And here is an interesting opinion piece in the New York Times (2/2020) about the larger, societal vision behind folk schools. Opinion _ This Is How Scandinavia Got Great – The New York Times

The Arbutus tree (pronounced ar-BYOO-tus) is also known as the Pacific Madrona tree.  It is indigenous to the coastal regions of the Pacific Northwest.  The First People of this region used the tree for medicinal purposes, including making preparations from leaves and bark for colds, skin aliments, and as a digestion aid. They also used fruits for food and wood for implements and firewood. Many mammal and bird species feed off the berries, including American robins, cedar waxwings, band-tailed pigeons, thrushes, quail, mule deer, raccoons, ring-tailed cats and bears.

The bark of the tree has a unique characteristic: each year, the brown, papery bark peels away exposing a silky-smooth, green skin underneath.  The dramatic visual contrast can be spectacular and beautiful  – and to us, symbolic of a “green” economic renewal as well. 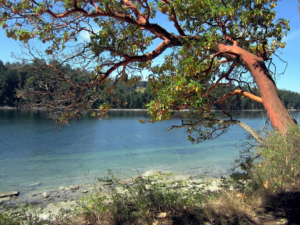 Thank you to these organizations for making our programs possible: 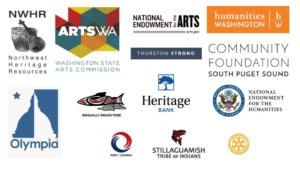 This is the absolute best way to stay informed about everything Arbutus!